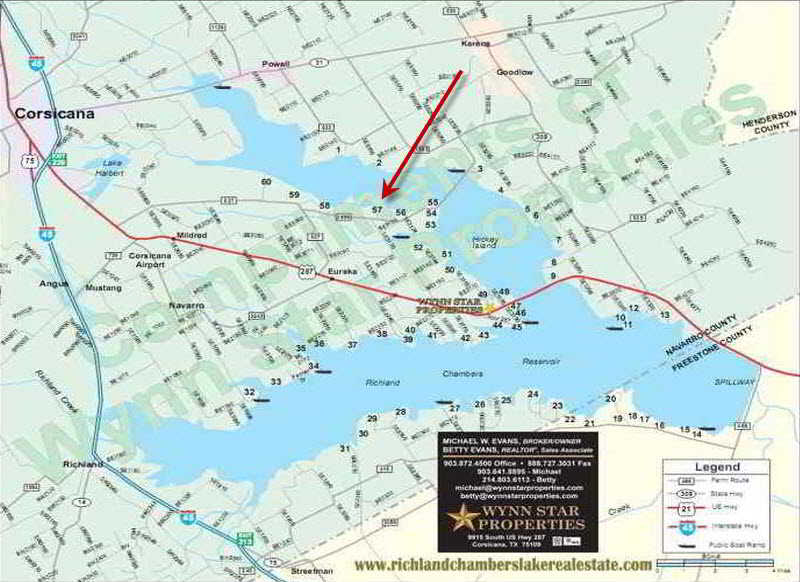 Chambers Landing is a 56 acre subdivision established in 2006.

Divided into 42 lots with mostly one acre parcels.  Thirteen lots are waterfront on open water. Seventeen are considered to be lake view.

Deed restrictions require site built homes with at least 1,900sf of living area, 2,300sf min. for two story homes. Original developer proposed an auction initially in the sale of this community which was considered the first proposed concept on Richland Chambers Lake. Only 18 total tracts were being offered as an absolute sale.  Beautiful homes have since been built, with numerous open lots still available today.


Located on the inner portion of the Y lake design and on FM 2859. In Navarro County and Mildred School District.  #57 on our lake map.
Return To Sub Divisions